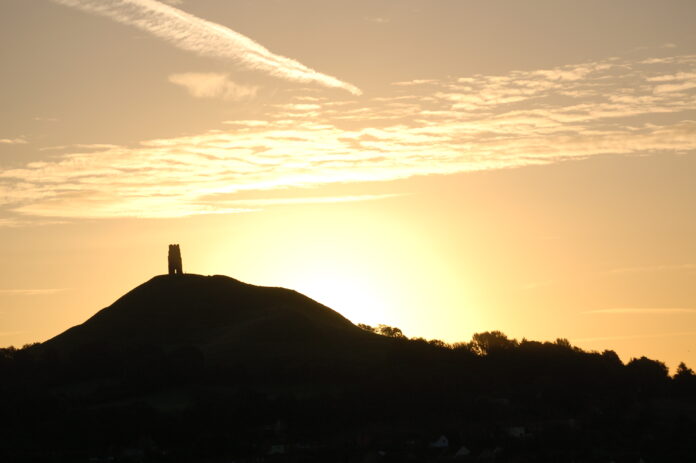 Isle of Avalon, A Land of Myth and Magic

Kathy Jones is a Priestess of Avalon, Priestess of Goddess, Founder, Creative Director & Temple Weaver of Glastonbury Goddess Temple, Goddess Hall & Goddess House. She is Founder of Glastonbury Goddess Conference & Motherworld Initiator. She has lived on the Isle of Avalon in Glastonbury for forty years and loves this sacred land of Goddess. She is a ceremonialist, teacher, writer, wounded healer, initiator, Temple Melissa and sacred dramatist. She is the author of several acclaimed Goddess books, “Re-Membering the Nine Morgens”, “Priestess of Avalon, Priestess of Goddess”, “Soul & Shadow – Birthing Motherworld”, “The Ancient British Goddess”, “In the Nature of Avalon” and more. Kathy offers with other dedicated Priestesses, a 3 Spiral Training to become a Priestess or Priest of Avalon, and other Goddess and Soul Healing trainings.  www.kathyjones.co.uk

What is the Goddess Temple today?

What type of Priestess trainings do you offer there?

The foundation Priestess Training we offer is the three year, Three Spiral Priestess of Avalon Training. This is one of the best priestess trainings in the world which explores the different faces of Goddess through the cycles of Her seasons here in Brigit’s Isles, and in Avalon. We teach many priestess skills and the spiritual practice which connects us deeply with the Lady of Avalon. We also offer Priestess of Cerridwen and Priestess of Freya Trainings which focus on specific aspects of Goddess with related practices, e.g. the Priestess of Freya training teaches the arts of the Volva. We also offer a Goddess Luminary Training, teaching people to come Goddess-centred leaders, and we are offering Sacred BirthKeepers, Soul Healing, Crone Empowerment and a Goddess Astrology course. We also offer shorter one day and weekend Goddess centred workshops.

What is the sacred legend, history of the Goddesses and land of Avalon in Glastonbury, Avalon?  What is the story of Lady of the Lake and Morgana Fae from the Sacred isle of Avalon?

Glastonbury is a small country town in the southwest of Brigit’s Isles, which is a gateway to the Otherworldly Isle of Avalon. It was Geoffrey of Monmouth who, in the 10th century first recorded the name of the Isle of Avalon and wrote of the Nine Morgens, the Nine Sisters of Avalon, of whom the most well-known is Morgen la Fey or Morgana. In the early stories she is a beautiful woman skilled in the healing arts, in herbal lore and in physic, with the ability to shape shift and be in two places at the same time. As patriarchal monks took on the writing of her story she is progressively maligned as a ‘bad woman’. However she and her eight sisters retain remnants of an earlier memory of a time when Goddess was honoured and adored. In later writing Glastonbury became associated with King Arthur and Guinevere, the legends of the Arthurian cycle, and the quest for the Holy Grail, always a vessel of the Goddess.

In the present day we have reclaimed the name of the Goddess here in this land as Lady of Avalon, Nolava of the Sacred Land, She who is the mirror in which we find ourselves reflected. She is Lady of the land and Lady of the Lake which once surrounded the island. The Summerlands are slowly rising as the earth’s crust rises and a thousand years ago the monks of Glastonbury Abbey drained the surrounding pools and marshland, the remains of the Lake. In imagination we journey to Avalon across water.

It is often said, people feel more connected to their soul’s journey and have major life changing experiences at Avalon, Glastonbury.   Why do people have this strong sense of mystical connection and sense of “  Coming Home”  to themselves here?

Glastonbury Avalon is a place where the veils are thin. Here it is possible to cross over between the physical and energetic worlds, the worlds of the Soul. Here people feel the stirring of their own soul’s energy, sometimes for the first time, and this can have deep and long-lasting impacts. This brings the feeling of coming home, come home to themselves, and coming home to Goddess. For those already on their soul path there is a further awakening here with access to deeper places of consciousness and mystical connection.

How can one access the various Goddesses within today?

Goddess is both within and without. She is the energy at our centre, at our core. She is the vastness of the Omniverse. She is both immanent and transcendent. We connect to Her in many ways – by walking on Her sacred land, beside Her springs and wells, on Her mountains and by Her oceans. We find Her by asking Her to make Herself known to us, by stopping and listening to Her voice within, by listening to Her Call, by educating ourselves about the ancient universal Goddess-centred societies of the ancient past, by connecting with Goddess-loving people in the present, by visiting her present day living Temples and gatherings.

Approximately how many visitors come from around the world each year to visit Avalon, Glastonbury?

10s of thousands of people come to Glastonbury each year, in search of something different, something spiritual, something numinous and present, and they found that here. Over the last 20 years, many thousands of people come seeking Goddess and the Priestesses of Avalon, because of our service to Her here in the Goddess Temple. We are one of the few modern day living and active Goddess Temples in the world. Hopefully many more will be created, until there is at least one in every village and town.

When is the best time of year to visit for a tour?

There is not a best time of the year to visit, but around one of the seasonal festivals there are many events in which you can participate. Summer is busy with tourists and in spring and autumn there is more space and time to browse.