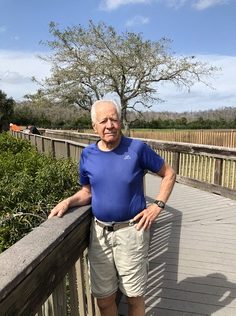 Dr. DellaGrotte is well known for his exceptional manual skills and his ability to ‘read the body’. In his work with 1000′s of clients and 100′s of practitioners, he has helped clients reduce structural and mobility limitations, improve core ‘pathway’ strengthening, and restore healthy movement patterns.

We were born to walk, so where have all the walkers gone?

Walking is primary and universal, fundamental to our very body and brain’s ‘functional’ abilities to manage and carry out all of our intentions, needs, wants, desires and curiosities.

Without this primordial movement ability to walk, life as we know it would be severely compromised and unsustainable. Land based creatures great and small also do it, but humans do it in a unique way. For as long as we have been around, walking made hunting and gathering possible. With the great climate changes some 70,000 years ago, homo sapiens’ ability to track animals, and walk long distances made the difference both in survival, and beyond, migrating out of Africa eventually reaching all the continents.

With good biomechanical movement as the base, we have been able to develop even further. There are now many varieties, variations, and creative combinations of walking gait movements, all deriving from a common core of physics and center of gravity based movement patterns. Walking well is a built-in functional ability modulated by our brain, moment to moment, a precise physics-based action with neural sensation and feeling components. Adding in posture, alignment, balance, and brain control, the patterned movements of walking can be applied to many other derivative activities, from dancing to running, swimming, gymnastics and all sports and performance. The applications are endless.

And if you did nothing else but just walk frequently and sufficiently, this natural activity alone is enough to keep you well and fit, benefiting all of your body’s major organs, fluids circulation, and  even enhancing brain health, plus extending longevity. The science and the statistics tell us so.

What is it in a person’s way of walking that attracts, draws our attention and interest, resonates with us? Almost universally, good walking patterns show smooth motion flow, confident controlled directed stride; good postural alignment (over the center of gravity); physical tone and  coordination; plus both ease and power. Contrast this with observing people walking disorganized misaligned, inelegant in gait, perhaps even with a slight shuffle, a noisy foot strike, a grind and slide, signaling disorder, discomfort, dif­ficulty and perhaps a hint of guarding against pain.

“We learn to walk by walking… intrinsically an act in space and time that we generate while becoming ourselves… It is impossible to be aware of oneself without being able to walk properly, and without knowing which direction to go in… Every moment of wonder begins by meeting the world, lifting the feet – moving, dancing, running…” [ The Philosophy of Walking: Exercises in Mediterranean Meditation, by Duccio Demetrio]

People are now far more sedentary with driving, sitting, the TV couch, soft sofa slouch-and -sink syndrome.  Compared to both paleolithic and even primitive people still found who walked an ‘average of 12 miles daily’, around, modern folk, mostly urban and suburban habituated, not only are showing walking gait anomalies, but knee and foot problems requiring special shoes and orthotics. Many by the time they reach their 50’s are having difficulties walking any distance.  Imagine in any of the more frequently occurring emergency evacuations, if one had to move quickly and far, how many would be able? And especially the far more debilitated population in assisted living and nursing homes.

If priority is to be given to the skill of moving well, then further developing one’s walking skills is the place to begin. It offers one the least cost of all, and the best outcomes. Use it to get back on track with our real and sustaining; nature and potential. All good movements in conjunction with good diet, body weight, relationships and enjoyment are opportunities to ‘heal yourself’ [Hippocrates] which the body-brain system from birth on knows how to do.

A person depending primarily on word directed external instructions is disempowering and disconnected from the ‘brain’s way of knowing’, reducing much needed brain stimulation. From long experience and natural intelligence, the brain is evolutionary ‘wired’ to know what to do, or at least which way to move, maintain balance, and come out better, not worse!

With intention and the right kind of learning, one can improve far more. Walking ability alone (a good place to start) has been shown to improve dramatically with additional cardiovascular and neural circuitry benefits when enhanced with new learning skills, such as in our approach and method of training based on interconnected and integrated core movement pathway lesson-exercises.

What is a Core Movement Pathway?

It is a directional movement of energy ( a vector) produced by a movement, whether physiologically automatic or intentional, such as an initiated action designed to perform a specific functional task (working energy). Gravity and DNA biological structure will move energy along pathways that organize around the body’s center of mass to maximize efficiency of action. Movement energy involves activating and organizing the body’s components-brain cells, fluids, bones, joints, muscles and fascia.

But it is the brain and central nervous system [CNS] that determines and directs stability, alignment, balance and speed. If the system is well organized, by habits from life experience, or by good learning, training, and often reprogramming old patterns, core pathway movements serve our basic needs, our wants, and our interests. The benefits are in satisfaction, feelings of safety, support and security, along with confidence, completion and fulfillment.

To move well, ‘navigate’ through an infinite number of permutations, facilitate brain learning, and actually improve in functional abilities, and enhance quality of life benefits, we have brought complexity down to further simplicity, identifying six principal pathways, or highways, consistent with basic gravitational forces.  These are:

It is important at this point to illustrate visually, to create in the brain images of the movements, as this allows the brain and CNS to then develop a program. This process can be done by just doing actions repetitively’ enough times; however it is greatly enhanced using the process of connected movement images, known as neuroplasticity.

The reader can view, practice and learn more about application in walking by visiting:

References:  ‘A study involving nearly 27,000 older adults on five continents found that nearly 1 in 10 met criteria for pre-dementia based on a simple test that measures how fast people walk and whether they have cognitive complaints. People who tested positive for pre-dementia were twice as likely as others to develop dementia within 12 years. The study, led by scientists at Albert Einstein College of Medicine of Yeshiva University and Montefiore Medical Center, was published online on July 16, 2014 in Neurology®, the medical journal of the American Academy of Neurology.

The perfect way to add some adventure into your life! he rhythmic swish-swish of skis on snow and the crackle of melting ice breaking the...
Read more
Fitness

THE PERFECT WAY TO ADD SOME FUN AND ADVENTURE INTO YOUR LIFE You're never too old to ride a bike! Biking is a great way to...
Read more
Fitness

Developing A Weekly Fitness Routine into Your Life!  How many times do you exercise per week?  How strong is your motivation to get out there?  Do...
Read more